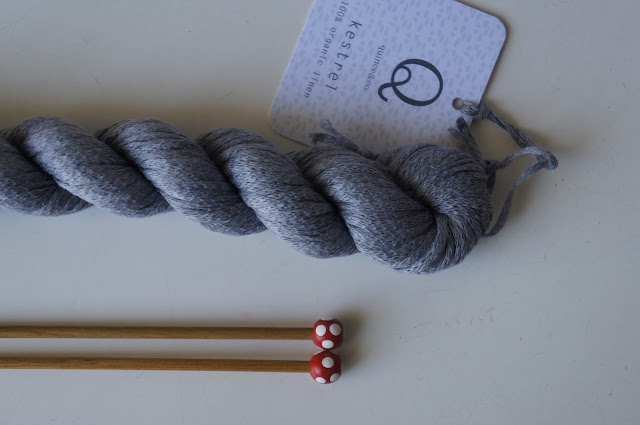 In an endeavour to have more knitwear to wear during the summer I knit two linen pieces this season. I went stash diving and found the sweater lot of Quince & Co. Sparrow that I had bought at least a year ago and I made Pam Allen's Perkin's Cove jumper. Then just last week I finished knitting a lovely cocoon of a shrug by Bristol Ivy called Bridie in Quince & Co's aran weight linen, Kestrel. Both of these garments are lovely to wear and they will definitely feature prominently in my summer wardrobe in the years to come.

I hear many people wonder what it is like to knit with linen yarn and I am by no means an expert, but here are some of my observations.

Linen is a plant fibre so it is smooth like cotton and it will not felt. However, because of the smoothness of the fibre it does also share the cotton's characteristic of having no bounce in the yarn. Unlike wool and many other animal fibres that have crimpy strands that will give the yarn bounce and memory, the plant fibres' smoothness will pretty much feel flat and "dead" in the hand. For some knitters, working with such fibres tend to cause their hands to hurt. After working two garments in linen I am ready to give my hands a rest from plant fibres and get back into some incredible woolly wools.

In preparation for knitting with the linen yarn I was advised to hand wind the skeins. The lack of crimp in the yarn is just more suited to hand wound balls but that is not to say if you are short on time that you cannot knit from a cake that had been wound on a ball winder. 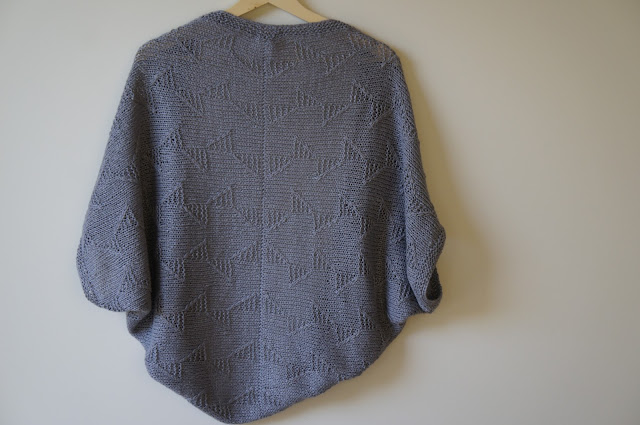 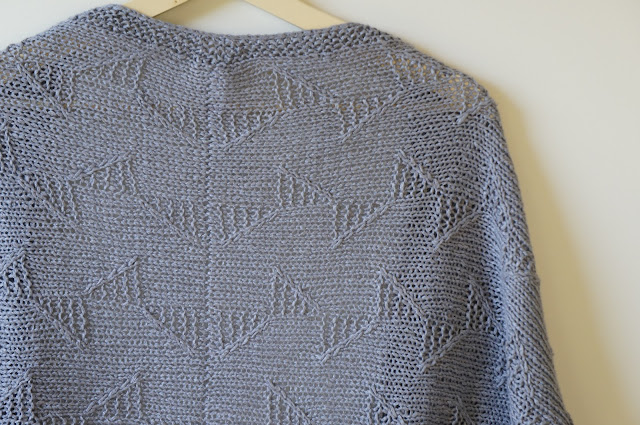 To try to avoid the stiffness in my hands I read Elizabeth Doherty's guest blog post on the Quince & Co. site. She suggests to ease up the tension and to go down a needle size or two so that you don't have to pull as tightly to achieve gauge. I did this with the Bridie project and tried hard consistently maintained a relaxed tension but I find the muscle memory in my hands often just take over when I get into a knitting rhythm and when I finished the pieces I had a little freak out moment when my knitting was much smaller than the suggested size pictured in Bristol's schematic.

But here is how linen can shine. It is an incredibly strong fibre and can withstand some vigorous blocking. So I blocked the heck out of the Bridie and left it to dry over a weekend; I was not going to take it off the mats until it was bone dry. Because there is no crimp in the fibre once it is dry that shape is pretty much set until the next time it gets wet unlike wool which can I have noticed will gradually bounce back to it's preblocked state in some for or another. After blocking the Bridie cocoon, the size was much closer to the intended size and now it fits perfectly. I believe by blocking it the pattern has opened up a bit and it has resulted in a lovely drape to the garment. 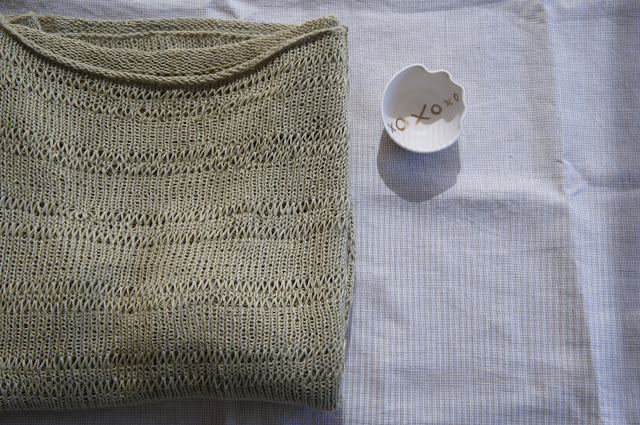 When I was knitting the Perkin's Cove pattern with the Quince & Co. Sparrow yarn I found that my finished object was a bit wide and the stitches were looking a bit uneven and sloppy. So when I blocked that jumper I pulled it down to elongate the stitches and bring in the width. Stretching out the stitches lengthwise also helped to tidy up the elongated stitch pattern by evening it all out. Again I let it dry until it was bone dry and the linen has pretty much stayed in place.

Much of what I have read about linen knits emphasises how machine washing and tumble drying the yarn will soften it and give it more drape. I am yet to test this because I do not own a tumble dryer. I did however throw the Bridie shrug into the washing machine and that withstood the process. Linen, like cotton will not felt and is strong enough to take some rough treatment.

Both pieces have been such lovely layering garments for me to wear over the past month. I am so pleased with them both and next summer I will definitely have another linen knit on my needles. Maybe I'll play around with some Isager Bomulin next time.

Further Reading:
As mentioned above, Elizabeth Doherty's tips on the Quince & Co. blog are very help so do take a look. Another worthy read for knitting with linen is Hannah Fettig's post about finishing linen knits. Check it out here.

Links to my Ravelry project pages for my Bridie and Perkin's Cove.
Posted by KangaRooi at 17:17