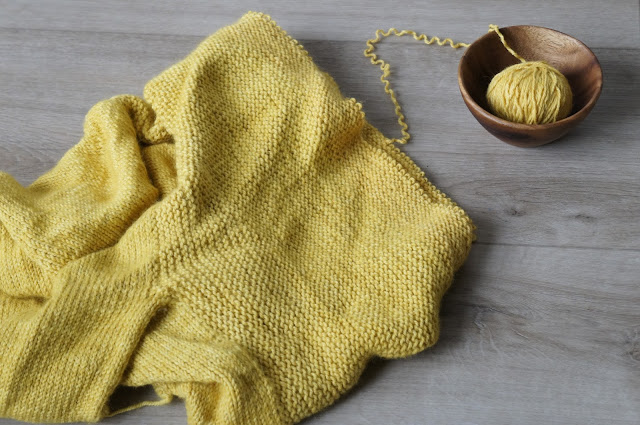 This is a post that I have been planning in my head for quite a while now. For so long, I have wanted to write a post about making mistakes and rather than rushing in to half formed thoughts I have let myself take the time to ruminate over it for longer. I'm not saying that I have it all worked out yet either, but feel the need to break the blog silence and get some thoughts down before I forget them.

So, I feel like my creative journey has kind of exploded in the last couple of years. I really only re-found knitting when I was expecting my second and the bug bit me hard. Not only am I relishing in my making but I am hungry to learn more skills and develop into a better maker. As you can imagine mistakes are inevitable in this journey.

I find it funny how adults can be so hard on themselves when they make mistakes but we are always encouraging children to accept that mistakes are okay and that it is through out mistakes that we learn. I find that the hang up over mistakes can be rife in the crafting and making community too. When I receive compliments over something that I have made I am always quick to point out where I messed up and fudged something. 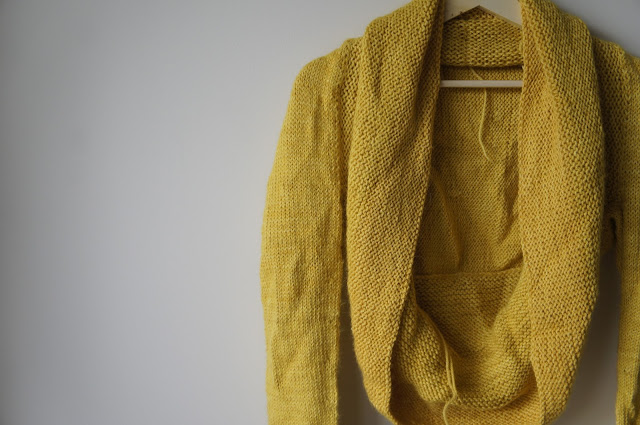 Last year I attempted to make a Maeve shrug for myself and I had been so excited about the project. I think I even blogged about swatching for this project and how I really wanted to get it right. Well, I finished it and I didn't get it right. In fact I've had it in a bag since last September because I knew I had completely stuffed it up.

I had thought I was being clever by knitting a nice selvedge stitch edge through the back section of the shrug when it wasn't called for in the pattern. When it came time for me to pick up stitches for the garter stitch collar I realised that I had made a big mistake and that my stitch count for the collar was terribly off. I knit the collar anyway with the number of stitches that I had and was in complete denial about my big stuff up. When I finished the shrug and tried it on the collar was much too tight and didn't have the drape that it was meant to have. It was so tight that at the back the piece didn't even sit flat, but kept rolling up. It was horrible and I was so disappointed with myself for not getting it right. 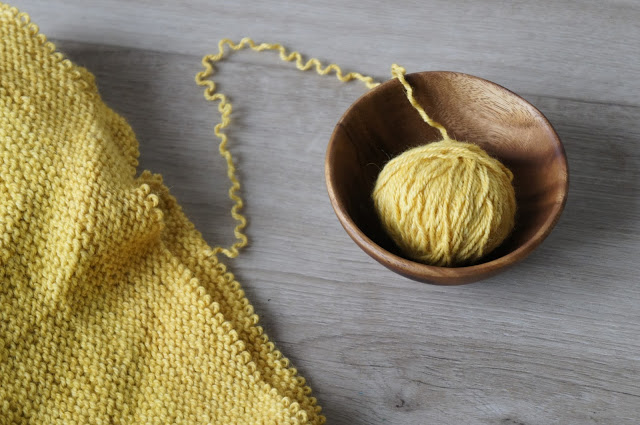 This week I pulled out the sad crumpled mess and decided that it was time to frog it. I have just started and have a long way to go but I am actually at peace over it. In the time since I finished the knit till now, I have been grappling with the idea of what I should do. Initially I thought maybe all I needed to do was frog the collar and reknit it with increases to get to the stitch count that matched the pattern. Then I thought I needed to reknit the whole thing because I know that my gauge has changed since I worked on that project and if I only redo half of it then the fit might be funny. I have also been tossing back and forth the idea that having a very brightly yellow shrug is a bit "full on" and maybe after all the hard work I won't even end up wearing it because of the colour.

My decision in the end is to frog the whole thing and to use the yarn for a pullover. One day I will come back to this pattern and I will knit it in a neutral colour because I still really want this shrug in my wardrobe and I know now that I should make it in a colour that will work with most of the stuff that I own.

Now that it's settled in my head I am beginning the task of ripping it apart. I had been so fearful of the task ahead of my and had been putting it off, but now that I am actually doing it I am excited again about the yarn and the potential new project that I could make with it. I had lost my love of the yarn because it was all wrapped up in this "failed" project and really, that is such a shame.

The journey that this particular project and the mistakes that I have made have grown me as a maker. I have learnt that I should think and plan better if I want to deviate from a pattern and I have learnt that frogging something is not a totally tragic thing to do because only then will the yarn be freed up to become something else.

Mistakes are a normal part of the making process. We should not let ourselves remain stuck over a mistake. There is always a way forward and sometimes that can still result in a fabulous finished object but sometimes what progress we have made may need to be undone and the whole thing started again. And, when that happens we can be hopeful that the next time round it will be an improvement from the last.

What are your thoughts? How do you deal with mistakes in your making?
Posted by KangaRooi at 16:48 No comments: