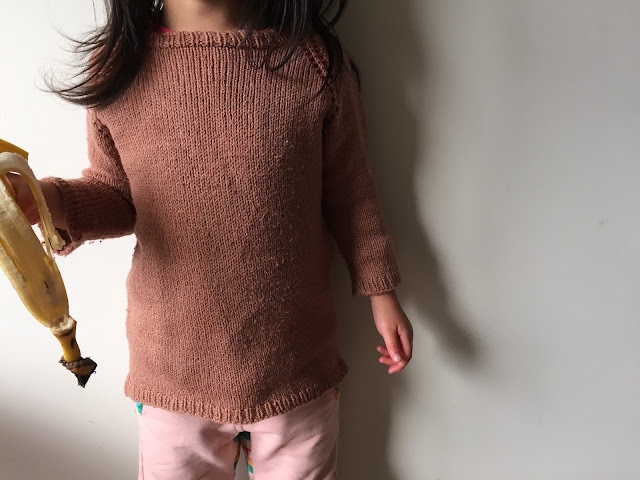 This one I finished a while back in March for my girl's birthday. Miss L turned 3 and this has been the perfect layering piece for her this season.

Agate is from Quince & Co.'s Lost Coast collection, a collection of children's patterns designed by Ashley Hurst. Inspired by California's Lost Coast the collection is made up of warm and cosy looking pieces that would keep the little ones snug.


I knit the pattern with the called for yarn, Tern from Q&C because I loved it when I used it from the Immie Tee that I knit for Miss L when she was a bub. The yarn is a wool and tussah silk blend and though it is a fingering weight (4ply) yarn it knits up pretty quickly. I love the muted tones that it dyes up in which gives in my opinion gives the kids' knits a bit of a sophistication. For this knit I used the terracotta colourway because I was so drawn to the sample pictures and I knew that it would be a colour that would go well with jeans and with the pinks and reds in Miss L's wardrobe. 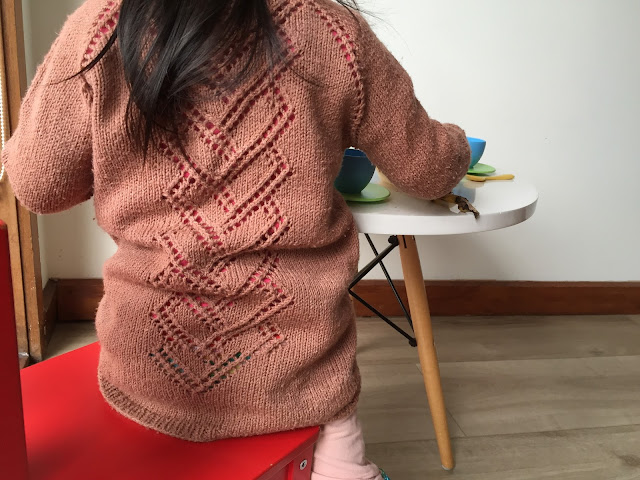 It knit up so quickly and I had it done well before Miss L's birthday. The lace panel was easy to memorise and since the front was just stockinette stitch knit in the round I just buzzed through it. However, it was not until I finished did I realise that the lace panel didn't finish correctly. I analysed my knitting and I am pretty certain that I knit it exactly as the chart instructions but the eyelets don't line up properly. I was tempted to frog the bottom of the jumper and to reknit it. I thought about it over and over but in the end I told myself to embrace the mistake; also, I had some other knits that I was keen to get started on so I let that one go. 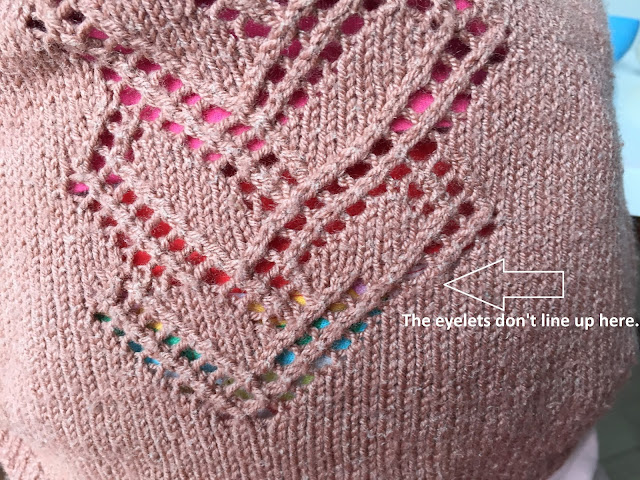 I tried to contact the designer and to point out my suspected errata but I have yet to hear back from her. Since I have moved on from this knit I haven't been too overly hung up about it. However, in case you decide to knit the pattern I would end knitting the main lace panel after rnd 4 and then continue knitting the panel end chart.

Ultimately, Miss L doesn't know any different and she loves it. Since her birthday I have put her in it a lot because it was a handy layer to throw on during the cooler Autumn mornings.