I feel like NYE has crept up on me. 2014 has been a momentous year for us as a family. There have been some big changes for us and it has been go go go all year, so I guess it's not such a surprise that the end of the year has sprung up on us.

At the beginning of this year we moved house, moved church, Sir S started kinder and hubby became a Rev. and started working as an assistant minister of our new church. Navigating through all these new developments in our lives has been challenging at times but full of blessing all the time. We have loved all the new aspects of our life and wouldn't change a thing. 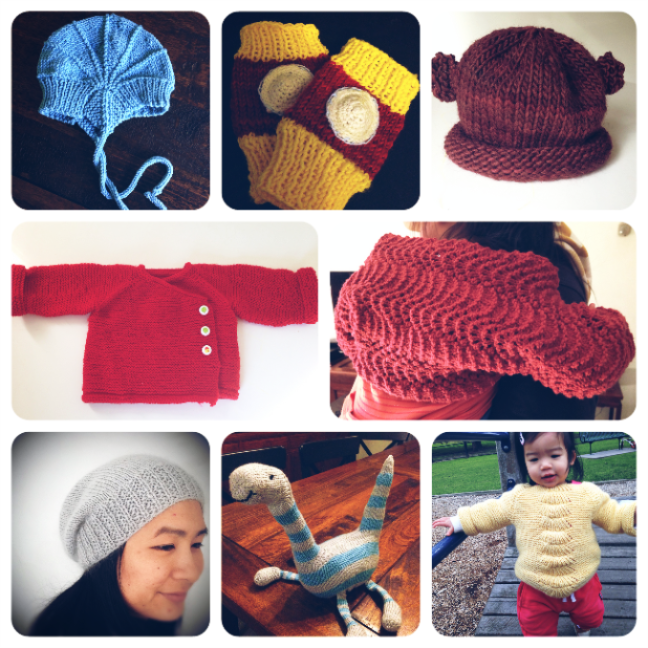 As a knitter 2014 has also been a big year. According to my Ravelry account I finished 14 projects which doesn't seem like that much but it's more projects than ever before in my knitting life. I can only fit in my craft when the kids are sleeping which unfortunately is not enough time in my opinion.


It is during this year that I found myself deepening in my passion for yarn craft and to broaden my skills. I tried crochet for the first time and conclude that I have much to learn in this area. I also achieved other knitting firsts, such as: first socks, first shawl and first softie. I discovered the wonders of magic loop, lost at yardage chicken and watched numerous YouTube clips to learn the continental knitting technique. 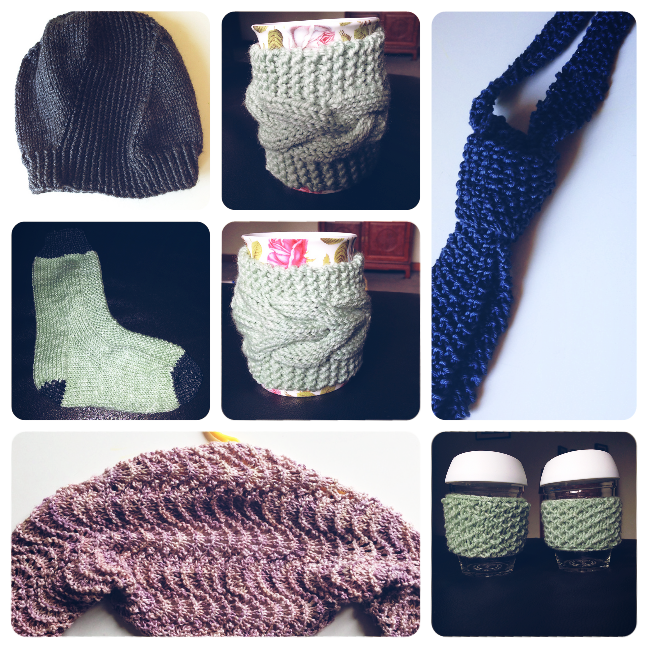 Some of my Christmas knits for family and the kinder teachers

I also found as I learnt more I became more passionate about yarn craft. I felt an idea being planted in my heart and it grew and grew as I knit more and more. 2014 has helped me to realise that I no longer have any ambition for a career in teaching. What I'd really like is to have a job that allows me to knit and work with yarn all day long. I have not yet worked out any further what this is going to involve. This idea is only a seed at the moment but it's there and I'm not going to let it die away like many other ideas I have entertained briefly in the past. I want to nurture it and explore it and see what it will develop into. 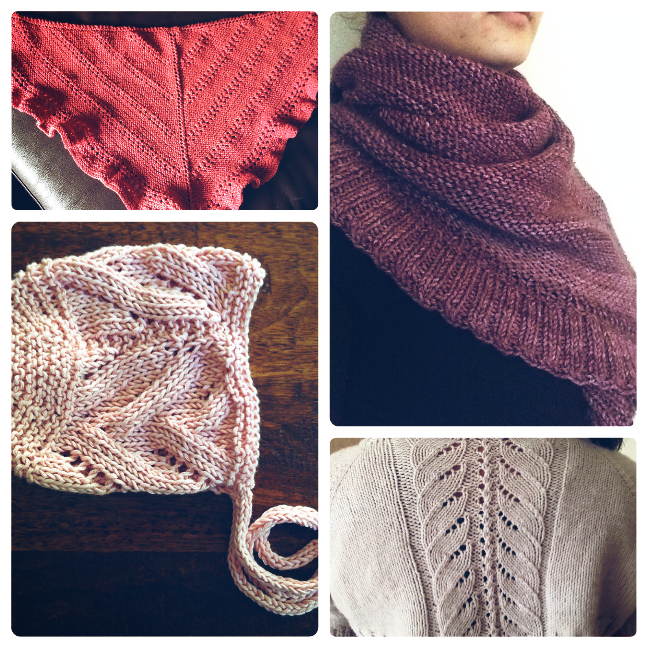 I had a lot of fun knitting shawls, shrugs and bonnets this year