What to knit Wednesday: patterns for beginners 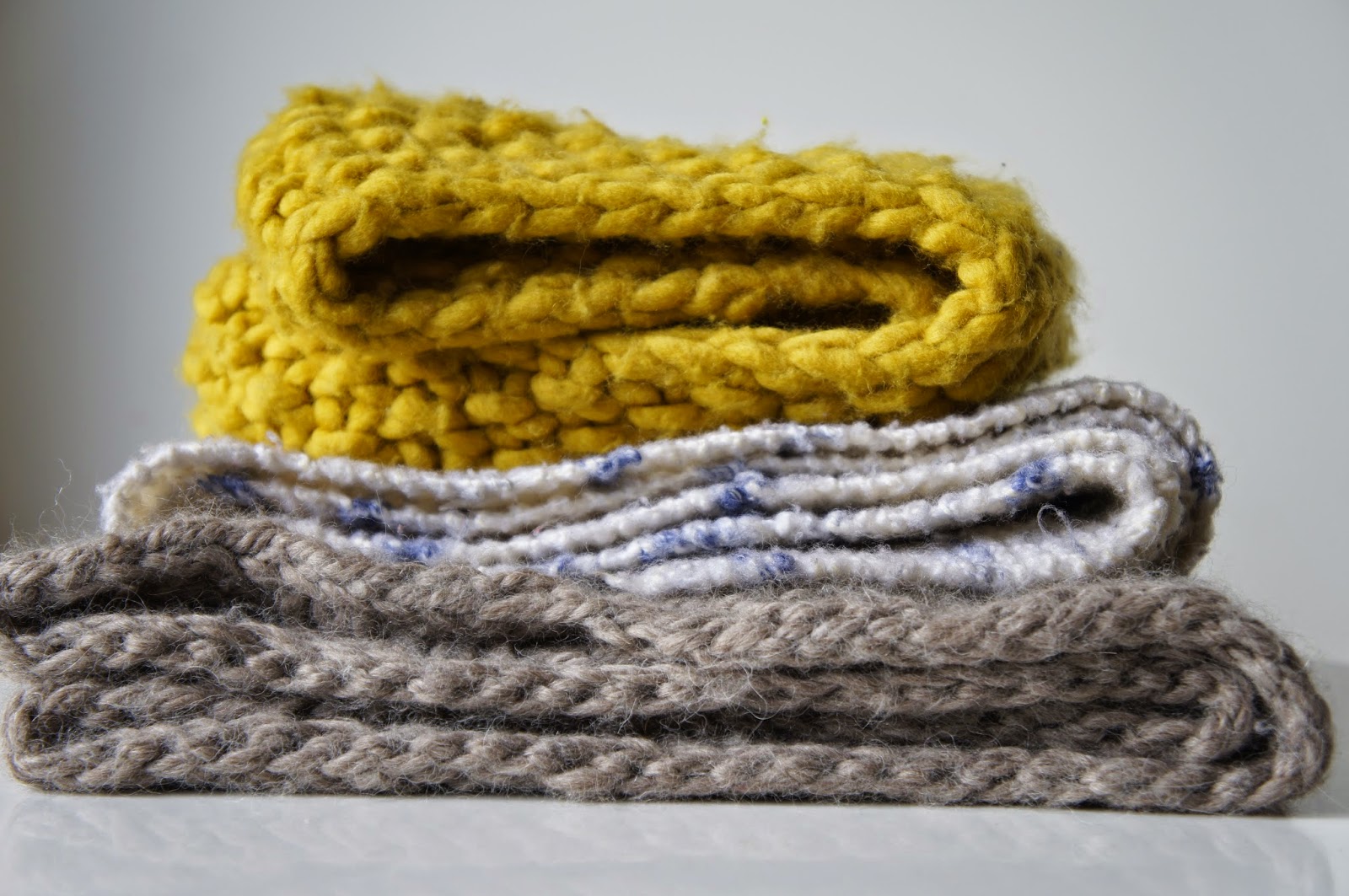 Today I'm going to be starting a regular feature called, "What to knit Wednesdays." So, the idea is that each week I'll write a post to review 5 patterns that I have either knit or I want to knit. This will be a great opportunity for me to showcase some of the lovely patterns that I have had the pleasure of knitting.

Yesterday at playgroup I had the privilege to teach another mum how to knit. We only got so far as casting on and knit stitch but this got me thinking about what patterns are perfect for beginners.

1. The most simple thing to start with is a garter stitch scarf. I'm sure that most knitters have been there at some point while they were first learning. My mum taught me to knit when I was 9 years old and my very first finished object was a garter stitch scarf that still has a much loved place in my wardrobe.

Garter stitch is simply knit every stitch for every row, so there really isn't a pattern written up for this because it is so simple.

3. Progressing from moss stitch knit flat, try knitting a moss stitch cowl. Taking the next step and learning to knit in the round is not really daunting at all. Circular knitting is actually a fantastic thing to master if you hate seaming.

Jane Richmond's Marian cowl is a great example of a seamless moss stitch cowl. I love it because it is knit with super bulky yarn on big needles and you can knit until you run out of yarn - no left overs.

4. The first hat I ever knit was the Simple Baby Hat pattern designed by the team behind the fabulous Norwegian Pickles blog. This particular pattern appears in Jenny Lord's "Purls of Wisdom" book and it's a perfect little hat for tiny babies. The Pickles blog is full of amazing knitting patterns, all imbued with classic Scandinavian style. Take some time to check it out if you're looking for a new pattern to work on.

5. Another oh so simple cowl that I have knit twice is Lara's cowl. The pattern is seamlessly knit in the round with super bulky yarn and only requires knit and purl stitches to create a checkerboard look.

So here we are, 5 patterns that are perfect for beginners. Which patterns were your first knits? What would you suggest to beginner knitters?

What other patterns would you like me to feature in this series? Kids knits? Baby items? Softies? Leave a comment with your requests.
Posted by KangaRooi at 14:24

Email ThisBlogThis!Share to TwitterShare to FacebookShare to Pinterest
Labels: beginners, knitting, learning, what to make